In pursuit of the chimera of cost-free growth, every government seizes on the idea of pruning regulation, aka ‘slashing red tape’. Boris Johnson’s is no exception. First it took an axe to the planning rules, vowing the biggest shakeup for more than a generation. Now the latest Taskforce on Innovation, Growth and Regulatory Reform (TIGRR) has reported, promising, what else, ‘a bold new regulatory framework’ to take advantage of the ‘one-off opportunity’ of Brexit to free up enterprise from red tape (not to mention afford Johnson an unmissable chance to congratulate its authors for ‘putting a TIGRR in the tank’ of British business).

So far so normal. The big irony is that the intuition is right: of course there is too much regulation, and the worst of it is both intrusive and ineffective, while making life miserable for the regulated (think teachers, social workers, GPs) – the worst of all possible worlds. The cost of regulation is unknowable, but it certainly outweighs any social or economic value it creates by a wide margin. But the latest report shows no more understanding why than its predecessors. Like all of them, this one acknowledges that regulation can and should be positive: ‘Good regulation, set up in the right way, can be a vital part of the infrastructure to support growth’. But there is no indication that its authors know what ‘good regulation’ is. There is much talk of ‘digital opportunities’, ‘smart’ and ‘agile’ regulation, and things like ‘sandboxes’ to play with it in, but no hint of the crucial part it plays in a larger system or how it should do it.

Regulation has become a monstrous industry that feeds on itself. Like targets, bad regulation begets more regulation and more red tape. John Kay wrote in his eponymous 2012 review, ‘We have dysfunctional structures that give rise to behaviour that we don’t want. We respond to these structures by identifying the undesirable behaviour, and telling people to stop. We find the same problem emerges, in a slightly different guise. So we construct new rules. And so on’. True to form, the current report sees no irony in proposing that increased discretion for regulators to change the rules should be offset by ‘a strengthened system of Select Committee scrutiny, supported by more effective, and more effectively used, economic impact assessments and metrics’ – in other words, another layer of regulation – aided by a Better Regulation Committee and a new Brexit opportunities tsar ‘to review and reshape rules and regulations to boost growth and drive forward innovation’ in the Cabinet Office.

Regulation should indeed favour innovation. In fact, it kills it dead in its tracks. To see why, listen to John Seddon’s podcast on ‘Buurtzorg: a brilliant care service that failed to work in the UK’ (and his other one on a recent ‘blueprint for social work’). Buurtzorg, as everyone knows by now, is a brilliant care organisation that from small beginnings has become an outstanding success in the Netherlands, its home territory. Based on small self-organising teams and minimal bureaucracy, Buurtzorg provides high-quality, personalised care at 40 per cent lower cost. In a country that has spent more than a decade dithering what to do about a social care crisis that deepens by the month, you might think this would be a model to replicate. Yet despite initial high hopes, efforts to do so in England have made minimal headway. Both countries started from the same position: a care crisis and a similar approach to public-sector management. So why the difference?

The short answer is regulation. In the Netherlands, as Seddon notes, Buurtzorg founder Jos de Blok crucially didn’t have to start from here. Everyone knew that the previous system was broken. So when de Blok set up a small care outfit on a very different basis, he was allowed and even encouraged to experiment. To cut a long story short, Buurtzorg is now so successful with both patients and care workers, who still queue up to form new teams with one of the Netherlands’ most favoured employers, that under the tolerant eye of the regulator and politicians it is beginning to reshape the wider Dutch health service from the inside.

Contrast that with the English response, which is to double down on existing methods, insisting that the only way to improve is to ‘try harder’. So the regulator still makes organisations report on all the unnecessary things – protocols, standards, activity levels – that de Blok knew he had to jettison in order to design a more responsive system. In effect, the Netherlands has moved on from the reductive, industrialised New Public Management paradigm that has strangled public services in the last 40 years, while thanks to the regulator England remains imprisoned inside it.

A quarter of a century ago Michael Porter and Claas van der Linde wrote a piece on regulation in HBR called ‘Green and Competitive: Ending the Stalemate’. It showed that it was wrong to think of environmental regulation as a static zero-sum game entailing higher costs (if the regulator wins) or lower quality (if companies prevail). Both win if properly designed standards trigger innovations that lower the total cost of a product and improve its value. This of course was the first lesson of the quality movement: doing it right first time costs less, not more. Innovation-friendly regulation focuses on outcomes, not processes or technologies — how to get there is up to companies. Above all, the aim is to learn and improve, a process in which regulator and regulated are partners, not adversaries, as they are usually cast in the UK.

In The Whitehall Effect, Seddon outlines a simple way of transforming regulation and inspection from instruments of control and compliance to a force for innovation and improvement. In a redesigned system, parliament would set the purpose of the service, seen in customer or citizen terms, to which service organisations would be required to work. Neither politicians nor regulator have any business specifying methods or or processes – their job is to hold managers accountable, not to manage themselves. How to deliver the service is the job of management, using the measures and method of its choice – putting responsibility for innovation sqauarely where it belongs, at the point of contact with the customer. Regulation likewise should be close to the customer. Instead of looking for errors, checklist in hand, inspectors, says Seddon, ‘will pose just one question:”What are the measures and methods being used to achieve the purpose of the service?” and then check their validity’. Instead of policing, inspectors become a welcome source of support. It’s too late to remove TIGRR from the tank, alas – but this, he says, ‘is what intelligent regulation looks like’. 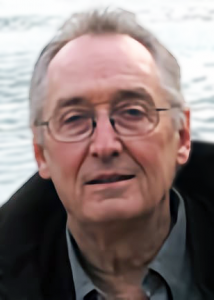 Simon Caulkin has been writing about business and management since the late 1960s. A former editor of Management Today, he was the Observer's management correspondent from 1993 to 2009. He continues to write for many publications and works as senior editor for the Global Peter Drucker Forum.